The original data were collected and made available by Tom Mock ( @thomas_mock) using {rtweet}. These data are available in the TidyTuesday repository. 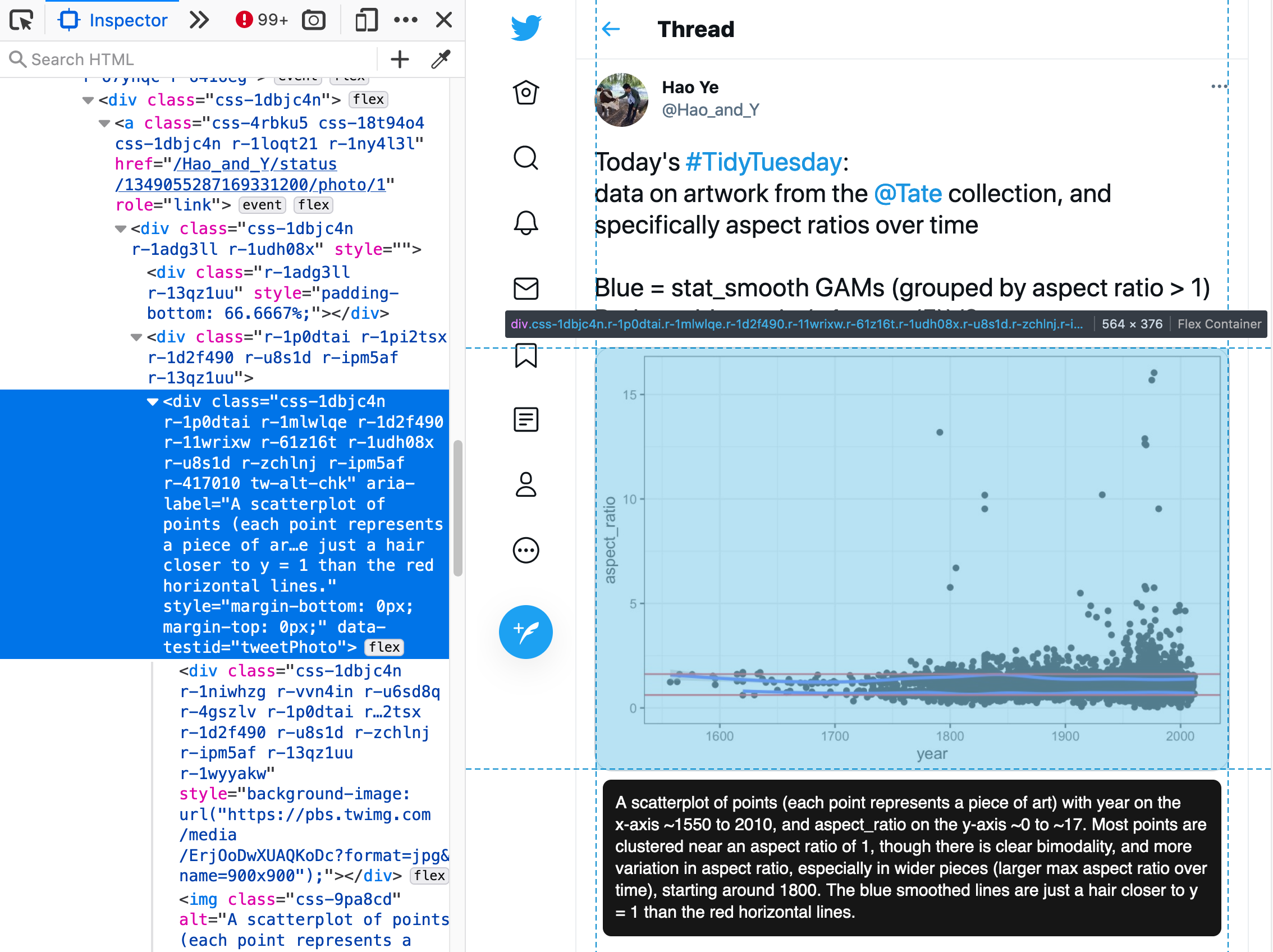 This data package does not include data that could directly identify the tweet author in order to respect any author’s decision to delete a tweet or make their account private after the data was originally collected.1

To obtain the tweet text, author screen name, and many other tweet attributes, you can “rehydrate” the TweetIds (or “status” ids)2) using the {rtweet} package.3

I use the data available in the TidyTuesday repository to populate some searchable TidyTuesday databases at tiny.cc/notion-dataviz with data visualizations tagged by the dataset of the week, hashtags, mentions, etc.

Thanks to historical twitter data collected by @thomas_mock, the #TidyTuesday database now has tweets dating back to 2018! 🥳